Opening the Horizons Chasing the Lag, Building the Country Along with the TMMD Task Force of the Selayar Military District Command 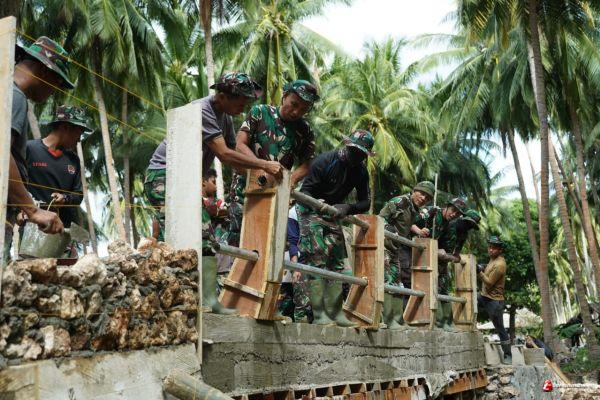 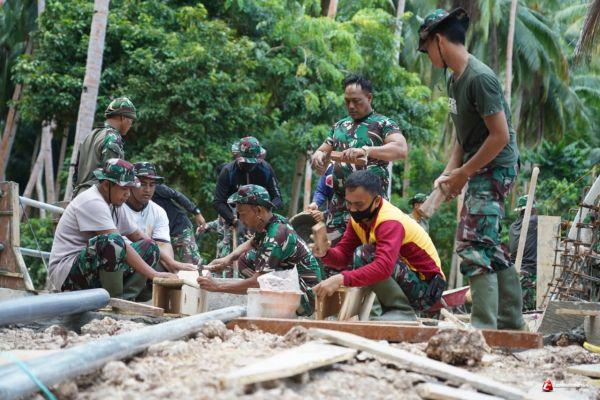 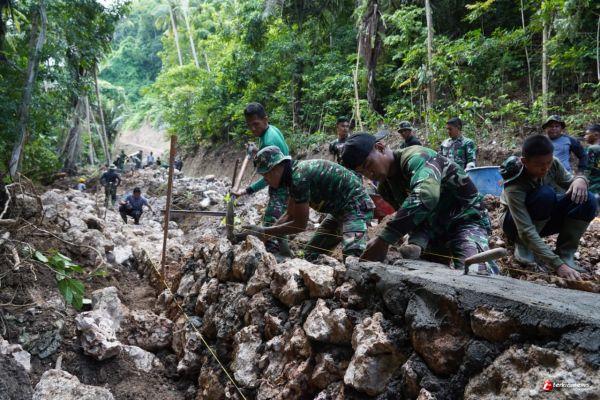 terkininews.com, - Putting up underdeveloped villages through the program of TNI Manunggal Village Development (TMMD) three times a year in the midst of the community is not only about development itself, but also as a form of togetherness and fostering a culture of local wisdom and the spirit of mutual cooperation, simultaneously in order to pursue equitable development in rural areas.

TMMD is also a form of collaboration between the TNI/Polri and the Regional Government (Pemda) and the community to realize development in remote and underdeveloped areas.

In this regard, one of the 111th regular TMMD programs in 2021 in Selayar District, Korem 141/TP Kodim 1415/Selayar area was carried out in Tola village, Bontobangun sub-district, Bontoharu district.

It is important to know that Selayar Regency is an island (Selayar), one of separated mainland from South Sulawesi, with an area of about 2000 Km2 stretching from North to South and parts of the Western and Northern coasts are dominated by rocks while the eastern and southern regions are coastal plain and areas of production forest and smallholder plantations.

The TMMD program in the midst of the community is not only presenting physical buildings, adding village infrastructure facilities and infrastructure, but also more important, to establish a spirit of togetherness in building villages as the basis of national resilience and the establishment of good communication between the TNI, Polri, Ministries/LPNK of Local governments and all components of the nation. The presence of TMMD in the community must be able to make a positive contribution in efforts to build national resilience from regional resilience, mainly village resilience.

The Regent, H.M Basli Ali expressed his gratitude and appreciated the performance of the 111th TMMD Task Force in Selayar Regency in Tola village, Bontobangun sub-district, Bontoharu district. Together, the TMMD Task Force and the Selayar district government work hand in hand to make the best contribution to the development of the Selayar district.

He admitted that the local government of Selayar Regency has collaborated with the TMMD Task Force in Tola Village, Bontobangun Subdistrict, Bontoharu District. This is a collaboration between the Selayar Regency government, the community, and the TNI, as he stated, the program is very helpful to the government. What has been done sincerely by the TMMD Task Force along with the community works together to complete several developments as program targets, later the results of these developments will benefit the local community in order to support the acceleration of equitable development in rural areas.

"This will certainly support economic value for the community and will also open road access facilities for the community. When we see this road, it comes to our mind that the access to transportation routes between Selayar Regency will obviously increase," he said.

"Although opening isolated areas is not easy, like connecting road access, however, this can be done by the TNI together with the community and it can run well even though the current weather conditions are uncertain," he continued.

Meanwhile, the commander of Kodim 1415/ Selayar Lieutenant Colonel Kav Ady Priatna as the commander of the TMMD task force explained that the physical targets built were pavements of 3,276 km long and constructing bridges and mosques.

"Alhamdulillah, all the physical targets that were carried out were appropriate and right on schedule, thanks to the support of the local government and residents in working hand in hand to complete the construction," he said.

"The progress in the field is generally well and can be completed on time, this is in line with our shared expectations", he continued.

"Among them are the construction of bridges which will become alternative roads and paved roads, this will make it easier for farmers to transport their produce", Dandim explained.

Misbahuddin (58), the neighborhood head of the Tola village, expressed his highest gratitude and appreciation, it’s delighted that the road access in our village had been opened by the TMMD Task Force.

"Thank you to the TNI, our village road access is good and smooth; this is very useful for us and other residents for daily activities, using this road to earn a living. The garden products and others now can be transported through this road properly where previously this road was isolated. With the open access road, it is very helpful for us to connect between regions, He also added that so far, there was a difference between selling coconut/copra plantations in Tola village and other areas, which can reach 200-300 thousand per quintal, and that's all for them they have to wait for traders to come by boat or carry the goods itself through the garden road by walk for hours to Bitombang to the district center," said the head of the neighborhood.

While in the other place, Kapendam XIV/Hasanuddin Lt. Col. Inf. Rio Purwantoro, SH, said that TMMD is a TNI and government program supported by the community on an ongoing basis and runs three times a year.  This year the Hasanuddin Military Command was held in 4 areas including Kodim 1412/ Polman, 1407/ Bone, 1412/ Kolaka, and Kodim 1415/ Selayar with the theme "TMMD Forms of Synergy Building the Country".

Moreover, this year, faced with the current conditions which are still in the Covid-19 pandemic, the implementation of activities still pays attention to health protocols to avoid the emergence of new clusters, while in daily life members of the Task Force also mingle and live with residents at the TMMD location, he said.

"The results of its development can be felt directly for remote and underdeveloped areas in order to open the wheels of the community's economy and the development of equitable development in an area. This is expected to be able to give an impression and increase the positive image of the TNI in the community and local government perspective and ultimately lead to increasing the unity of the TNI and People", closed Kapendam 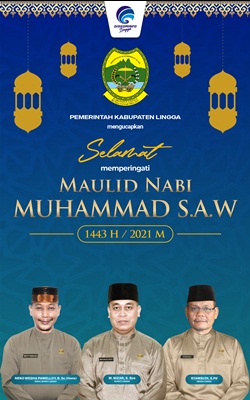 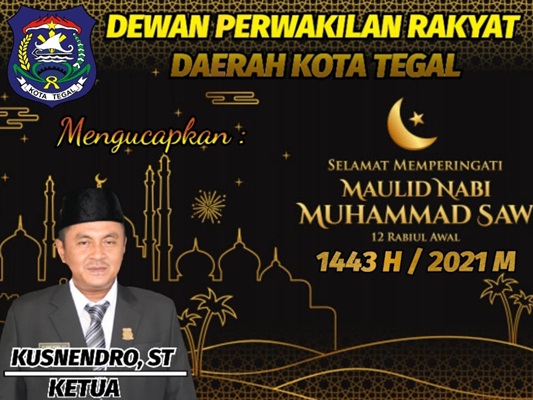